Extending over 6200 acres of rolling hills of citrus, eucalyptus, and country estates, between the San Dieguito River

Valley and Escondido Creek, 25 minutes north of downtown San Diego and 5 miles east of the Pacific Ocean, you will find this very special area locally known as “The Ranch”. Rancho Santa Fe was the first planned community of its kind south of Palos Verdes Peninsula. The country village, simple yet elegant atmosphere, and friendly residents combine to offer more than just a place to live. History “Rancho San Dieguito,” as

it was called in 1841, included 8,824 acres, and was acquired by the first political “alcalde” of San Diego, Juan Maria Osuna under a land grant from a governor of Mexico, Pio Pico. In 1906 the Santa Fe Railway, a subsidiary of the Atchison, Topeka & Santa Fe Railway, purchased the entire ancestral grant of the Osunas. Local news heading, SAN DIEGO UNION, August 17, 1906-“Santa Fe Buys San Dieguito Big Ranch Consisting of 8650 Acres Sold for $100,000. Eucalyptus trees will Be Planted for Railroad Ties.” The experiment of planting eucalyptus trees for railroad ties came to a halt when it was determined that the wood was too soft to hold railroad spikes. As a result millions of eucalyptus trees were left to flourish in beauty and strength upon the hills of present day Rancho Santa Fe. In an attempt to recoup losses, the railroad formed the Santa Fe Land Improvement Company. The goal was to develop a planned community of country estates. During 1917-1918 the Santa Fe Land and Improvement Company under the supervision of its president, W.E Hodges , constructed a dam to capture the waters of the San Dieguito River and form Lake Hodges. Without ample water for irrigation, Rancho Santa Fe never could have become a reality. A village plan was adopted, roads were laid out and properties were plotted. The 6200 acres carved from the original Rancho San Dieguito land grant, was named in 1922, “Rancho Santa Fe.” The company chose a San Diego-based architectural firm called Requa and Jackson, noted for their expertise in Spanish and Mediterranean architecture, to develop the master plan. Lilian Rice, an employee with the firm, worked from 1920 to 1930designing, supervising, and constructing the village center, as well as some homes throughout the Ranch. Her philosophy in architecture was to create unity between buildings and their surroundings in a simplistic blend of picturesque romantic charm. Her architectural influence can be seen throughout the village today. In 1923 the Santa Fe Land Company started residential development and constructed a guest house called “La Morada” to house potential land purchasers. In 1941 the name was changed to “The Inn”, when it was purchased as a guest resort. From 1923-1929 large parcels of land were sold for citrus and avocado groves. Homes were constructed, many on hilltops with fabulous views of the mountains, ocean and valleys. Although building and landscaping requirements were a part of the purchase contract in the early years, Charles Cheney, a noted city planner suggested that the residents of the area form a mutual organization for the administration of the community. In 1927 a non-profit association was formed. The Rancho Santa Fe Association’s purpose was to administer the Protective Covenant that seeks to insure the “preservation, maintenance, development, and improvement of property owners and in conformance with the general community plan.” Today The Rancho Santa Fe Association is still pursuing the

goals of its farsighted developers. This pleasant oasis is home to approximately 4800 residents. The focal point of activity is our central village, where businesses and shops dot the few blocks of commercially zoned property. Since there is no mail delivery to homes (by popular demand), residents stop at the post office every day. The village serves as a meeting place where one gathers for morning coffee, or strolls down the street to greet neighbors and friends, and enjoy the ambiance of the town itself. Rancho Santa Fe Real Estate is one of the highest priced real estate in the country. Recreation Among the most outstanding amenities dating back to 1929 is the Rancho Santa Fe Golf Course. The course was originally constructed by the Santa Fe Railway under the direction of Max Behr, as a private golf club. During the depression years, the cost of marinating the golf course and club house became so great that an arrangement was made enabling the Rancho Santa Fe Association to acquire the property as a community owned development. In 1985 an 11,000 square foot club house was built, including a fine restaurant as well as other facilities. The Rancho Santa Fe Tennis Club has 12 courts, a club house, and an active membership program for both adults and children. The Ranch is a haven for the true equestrian. The association maintains over 25 miles of bridle paths. The Rancho Santa Fe Riding Club, formed in 1946 by John Robertson, Lennart Palme, and Louis Hancock Renn, is the only self owned , managing and supporting sporting facility in the Covenant. Encompassing 9 acres, it includes an active stable with private instruction and great year around programs for the youth. Organizations Rancho Santa Fe Garden Club founded in 1962, is dedicated to “beautification, horticulture, philanthropy, education, culture, and civic activities”. Its 1800 square foot building was constructed in 1975 and provides an ideal setting for numerous area and individual membership functions. One of its most popular fund raisers is the annual spring rummage sale. The Library Guild raises money to provide many services to the Rancho Santa Fe Library. It owns and maintains the land, the building and all of the furniture in the library. The guild owns and runs “The Book Cellar” whose proceeds help fund guild activities. Rancho Youth are a majority of its most popular organizations. The Holcombe Memorial Youth Center, built with donated funds in 1975, and supported by school and membership dues, is the center of athletic and recreational activities for both youth and adults, and is also used as the school gymnasium. The Country Friends, a large countywide organization, raises funds for charitable causes. The Country Friends Shop is filled with antique treasures, all of which are for sale. Proceeds go to San Diego charities. The Rancho Santa Fe Rotary Club, chartered in 1959, in addition to many other beneficent activities, awards scholarships to students in the Ranch. Youth / Schools A strong emphasis is placed for children. Besides the multitude of activities sponsored by Rancho Youth, the Association provides a soccer field and the Richardson Park for Little League baseball. The children’s section of the library is one of the finest in the country with over 10,000 books, a computer center, and separate reading room. Children’s art exhibits, as well as educational classes enhance the overall facility. Burglary, fire and medical alarms throughout the Ranch are monitored by the department’s sophisticated communication center 24 hours a day. The Rancho Santa Fe Security Patrol is funded by the Association and is directed through the fire station. Law enforcement on the Ranch is the responsibilities of the County Sheriff’s Department. 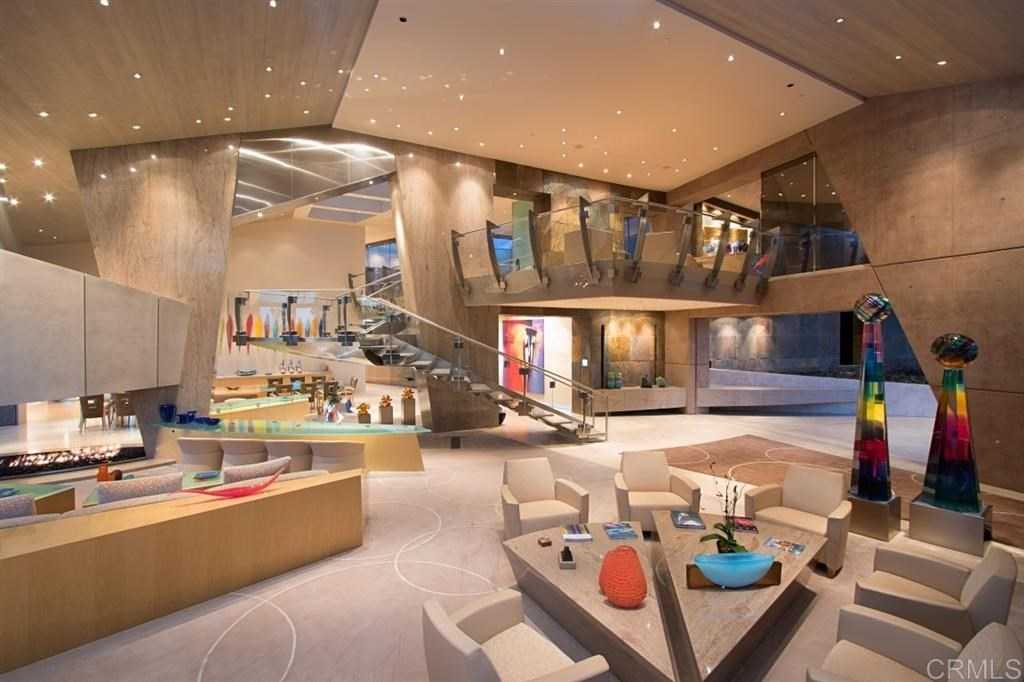 $39,000,000
6 Beds
10 Baths
22,500 SqFt
Status Active
MLS # 190011792
Property Type Single Family Residence
Price Type --
Ideally perched atop 33 acres, the most spectacular contemporary house ever constructed in the prestigious Rancho Santa Fe Covenant is introduced to the market. 7 years in the making this organic modern masterpiece delights the senses with all rooms open to walls of glass framing the stunning mountain and valley vista views. At 22,500 sq ft the estate offers ample space including 6+ over-sized bedrooms containing a dedicated master wing with panoramic views and his and hers everything. (see supplement)
View Property 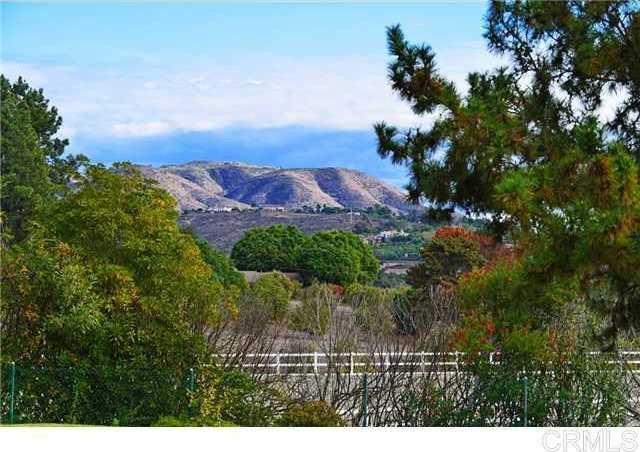 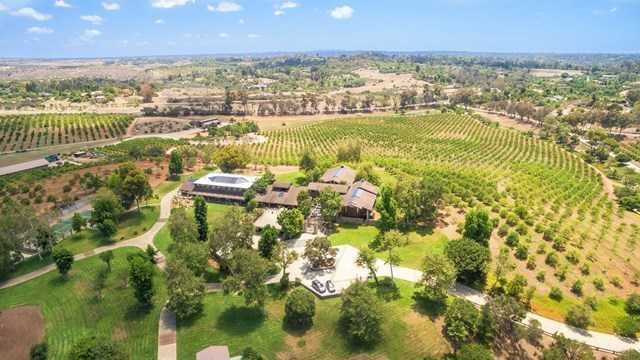 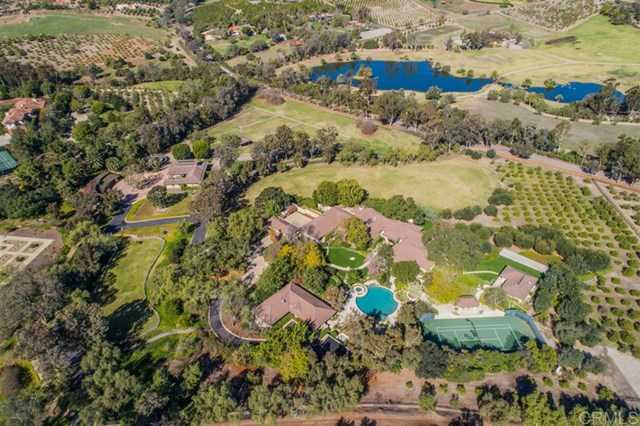 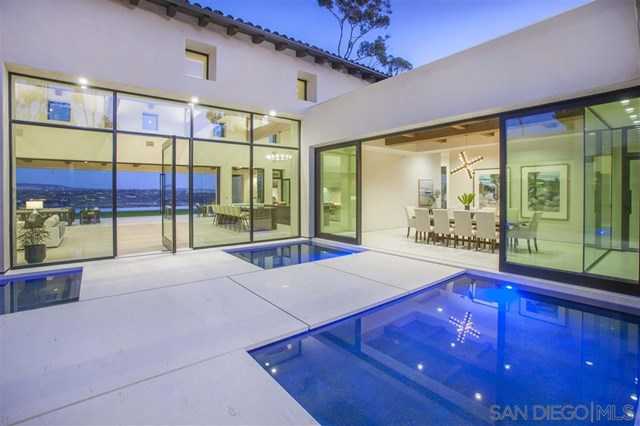 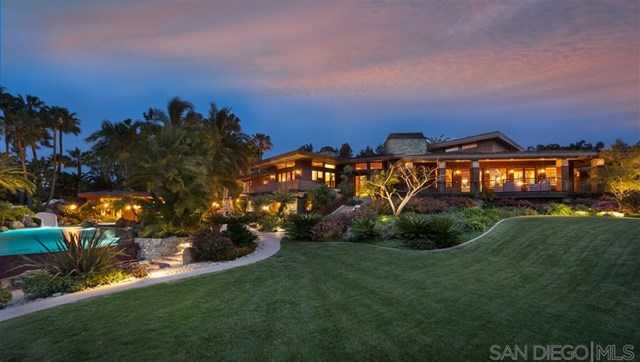 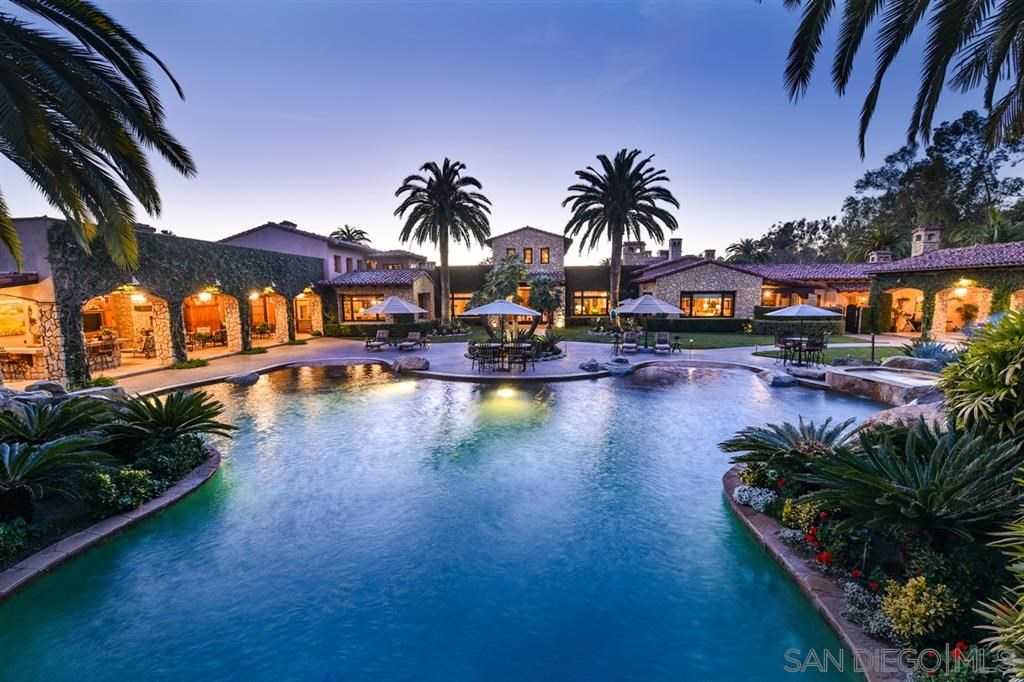 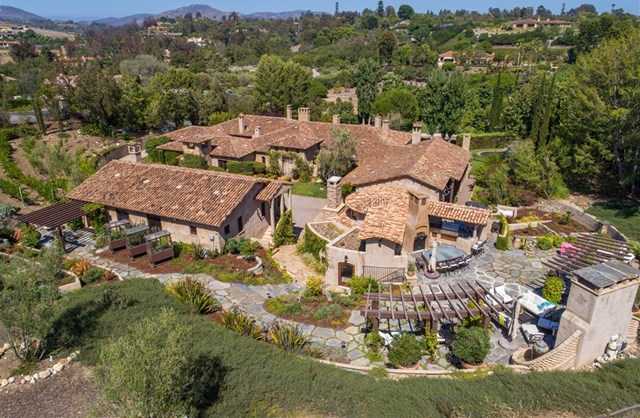 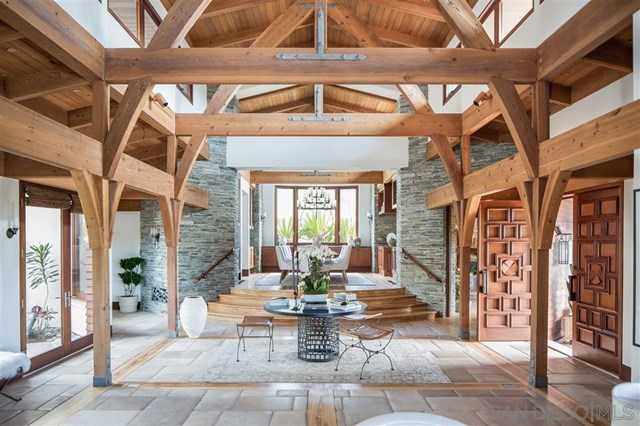 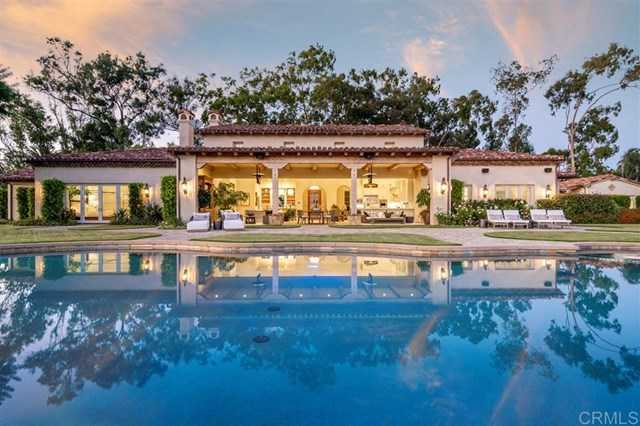 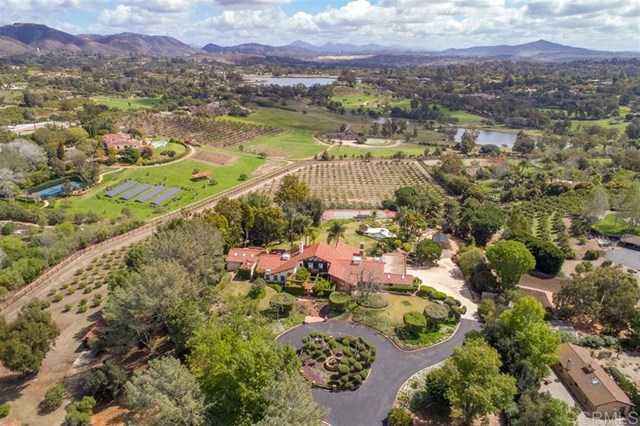 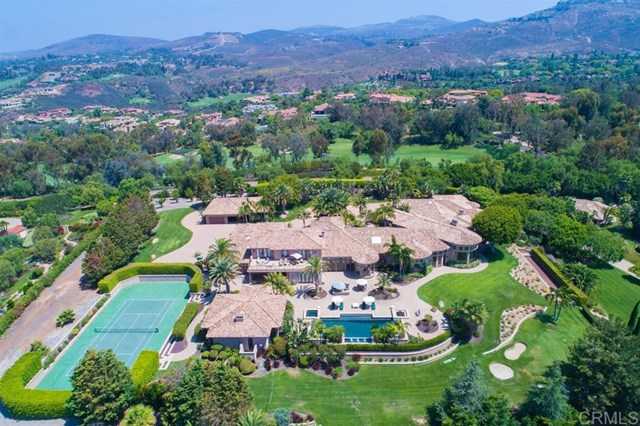